Running Away Toward Myself 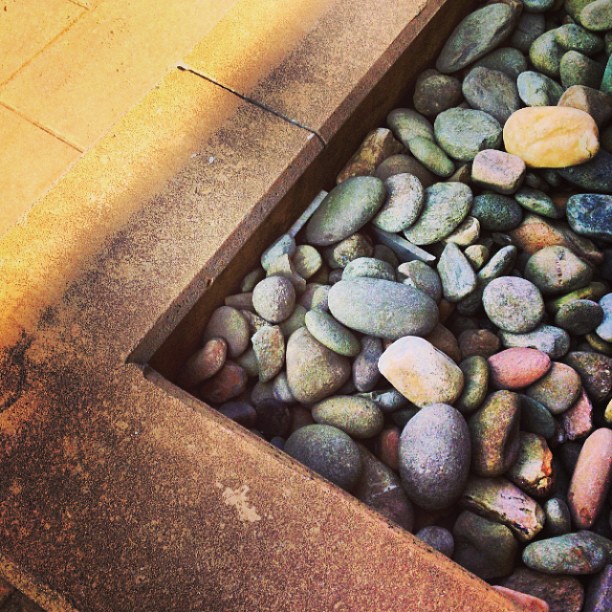 Rocks in shadow @ my office. CC BY SA 3.0, Natania Barron

Running has become my escape of choice lately. I’ve mentioned before that, well, running has never been A Thing for me. I’m not exactly built to the ideal running form. Between my Eastern European, First Nation, and French-Canadian roots (the Swedish part is just entirely overwritten), tall and lithe I ain’t. I’m built closer to the earth: compact, strong, and bendy (I like to think I might be good at using a bow–haven’t tried that yet…). Until now, I’ve used that as an excuse not to run. In spite of recurring dreams where I’m running, I’d resisted. “I will never be a runner,” I said, on many occasions. “Never ever.”

Not exactly. Since June, I’ve been running at least twice a week–moreso in the last few weeks, and even while at DragonCon. First, I couldn’t manage more than about half a mile before giving up. I remember the day I ran ten minutes straight–it felt like I’d climbed Mt. Doom. My neighborhood is terribly hilly, but it turns out it’s great training. I can now comfortably run two miles, and have improved about three minutes on my first mile. I feel stronger. I can feel my body celebrating. When I get up in the morning, I can feel the residual sensations. I don’t get out of breath when I run. I don’t have panic attacks (I used to have them while running at school). It isn’t easy, but it’s insanely rewarding.

In between, I’m keeping up my yoga practice. It doesn’t just help keep me limber, it helps me clear my brain. Since I really don’t use this as a place to vent my every emotion, I won’t go in to what’s been bothering me as of late, but I will say that yoga and running give me that Zen sense of thoughtlessness. I’m permitting myself to escape, to tune out entirely. Music used to be that for me, but it’s pretty much impossible to find time to compose alone these days. The kids find every crevice and corner around here, and I still don’t have a room of my own. I miss the sounds. I miss getting lost in a chord progression; I miss that sense that I am the song, and the song is me, and the rhythm is everywhere.

I have outside, though. I have the rhythm of my feet. I have the road and the trees, the sunshine and the rustling grasses. I’m winning a race against myself only. And in those moments, I can start to assemble things a little better.

I’m hoping that this means I’ll have Watcher of the Skies done pretty soon. I will say that part of my delay simply has to do with the difficult ending. I knew it would be rough, but I’ve been coming up with every excuse in the world to do something else. Because it’s too close. Too raw. A little more time, a little more escape into myself, and hopefully it’ll come easier.

I met a traveller from an antique land
Who said: Two vast and trunkless legs of stone
Stand in the desert. Near them, on the sand,
Half sunk, a shattered visage lies, whose frown,
And wrinkled lip, and sneer of cold command,
Tell that its sculptor well those passions read
Which yet survive, stamped on these lifeless things,
The hand that mocked them and the heart that fed:
And on the pedestal these words appear:
“My name is Ozymandias, king of kings:
Look on my works, ye Mighty, and despair!”
Nothing beside remains. Round the decay
Of that colossal wreck, boundless and bare
The lone and level sands stretch far away.

← A portal between worlds… in the bottom of a wine glass
A note of appreciation to Mssr. Samuel Montgomery-Blinn →

1 Comments on “Running Away Toward Myself”